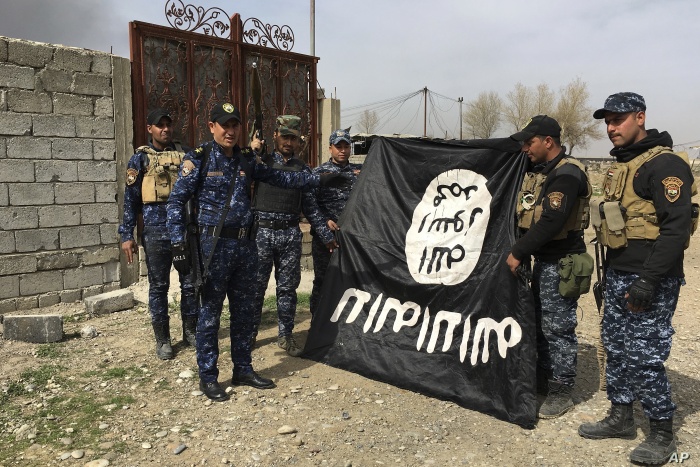 Senior members of Islamic State in Iraq and the Levant (ISIL) terrorist group are plotting mass prison breaks and a resurgence of terror after taking refuge in Turkey, according to the head of Iraqi Military Intelligence, CNN reported.

Lt. Gen. Saad al-Allaq told CNN in an exclusive interview that Iraq had handed over dossiers on nine alleged terror leaders to Turkey. The subjects included top financiers with access to “huge” amounts of money to fund operations around the world, he said.

And recent communications from ISIL point to plans to try to break prisoners out of camps and jails across Syria and Iraq, al-Allaq said.

“Huge international efforts should be taken to deal with this issue because these criminals … are able to leave these camps and go back to their countries and thus they pose great danger in countries like Europe, Asia and northwest Africa,” al-Allaq said.

There are an estimated 10,000 alleged ISIL fighters including many foreign nationals in custody under the Kurdish-dominated Syrian Democratic Forces in northern Syria. A nearby camp holds 70,000 women and children. Each has been described by the US as a “ticking time bomb,” even after the killing of ISIL leader Abu Bakr al-Baghdadi and some of his deputies.

Al-Allaq worked closely with the CIA on the campaign against ISIL and continues to provide intelligence used to target its remaining leadership.

The general said senior ISIL figures known as “emirs” have access to enormous amounts of cash and were forming new cells in Turkey.

They escaped from ISIL’s last stand in Baghouz in eastern Syria earlier this year and bribed their way through SDF lines to relative safety in Gaziantep in southern Turkey, he said.

“Some of its important leadership fled north, I mean in the direction of neighboring countries and into border areas like Gaziantep,” he said.

“They have secretly crossed into these areas from the Syrian-Turkish border — top leaders who have money. They crossed with the help of smugglers by paying large amount of money and have secretly entered Turkish territory.”

He added: “Those elements who are right now in Turkey play a key role in the recruitment of fighters and terrorists.”

Turkish authorities also recently arrested 42 people allegedly involved in complex money transfers for the terror group. Among those arrested are allegedly leading financial operatives of the terrorist organization, the state-run Anadolu news agency reported. It says millions of dollars of ISIL money has been frozen.