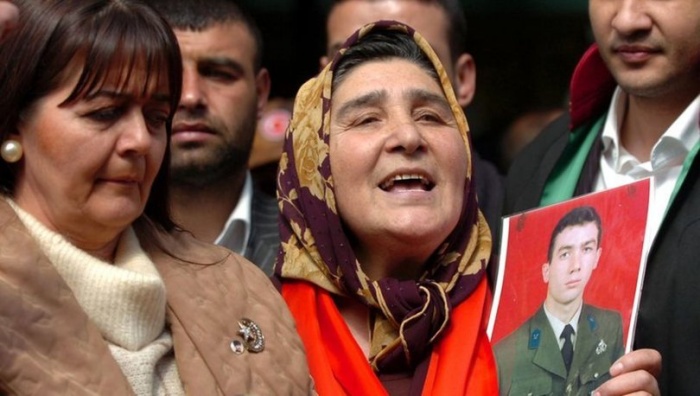 Pakize Akbaba, an elderly woman who heads a foundation of slain soldiers’ mothers and herself the mother of a slain soldier, has been acquitted of charges of insulting the president, the T24 news website reported.

Akbaba faced the insult charges due to a speech she made in 2017 on the grounds that she insulted President Recep Tayyip Erdoğan. She was facing a prison sentence of four years.

Her trial, which took place at the Ankara Courthouse on Thursday, was monitored by some politicians from the İYİ (Good) Party including the party’s chairwoman Meral Akşener.

In her speech in 2017 Akbaba said Erdoğan’s government promised to stop the tears of mothers, saying that Turkey would no longer lose its sons to the terrorism of the Kurdistan Workers’ Party (PKK), which has been waging a bloody war in Turkey’s Southeast since 1984, but that their sons continue to be victims of terrorism.

“Why are our sons still killed? If you don’ have the power to stop this, then quit your job,” she said at the time.

Lawyers for Erdoğan who were present during the hearing on Thursday later withdrew their complaint against Akbaba, saying their petition was sent to the court by mistake.

The court acquitted Akbaba of insult charges on the grounds that the elements of a crime were not present.

Akbaba’s son, Namık Ayhan Akbaba, a noncommissioned officer, was killed in the eastern Turkish province of Van in 1993 during a clash with PKK militants. Thousands of people in Turkey are under investigation, and most of them are under the threat of imprisonment, over alleged insults of President Erdoğan.