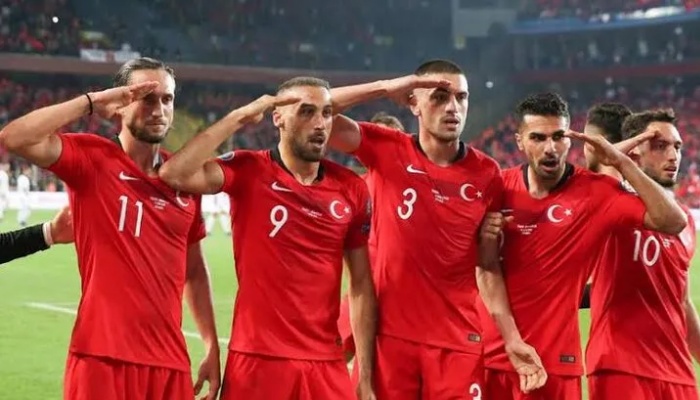 “When it comes to Turkey and Turkish athletes, the attitude [of UEFA] changes,” Erdoğan said at a press conference, adding that Europe’s football body should not let sports be politicized with their wrong decisions.

He said the UEFA action targeting Turkish athletes’ solidarity with the Turkish army was “an obvious unlawfulness” as it described these celebrations as “provocative political behavior.”

Erdoğan added that Turkish athletes representing their country abroad had faced a “systematic lynching campaign” since the launch of Turkey’s two-week-long cross-border military operation against Kurdish militia in Syria.

Turkish athletes have been celebrating with salutes in tribute to the Turkish soldiers engaged at the front line.

In October UEFA launched an inquiry after the EURO 2020 qualifiers in Istanbul and France where Turkish players gave military-style salutes in celebration of goals.

This probe was requested by France.