Gökhan Türkmen, who disappeared in February and was believed to have been abducted by Turkish intelligence, was “captured” on Tuesday in the southern Turkish province of Antalya, according to his wife.

Türkmen’s reappearance was announced by his wife, Zehra Türkmen, who on Tuesday tweeted that “[her] husband was captured and was being taken to the Ankara Security Directorate,” according to a phone call she received from the Antalya police.

There were no details as to how and where exactly the man was captured.

All men the had been purged from state jobs due to their alleged links to the Gülen movement, which is accused by the Turkish government of masterminding a failed coup in July 2016. The movement strongly denies any involvement in the coup.

More than 20 people were reportedly abducted by Turkey’s intelligence agency in a massive post-coup crackdown targeting Gülen movement followers in the aftermath of the coup attempt. 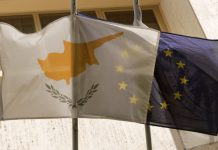