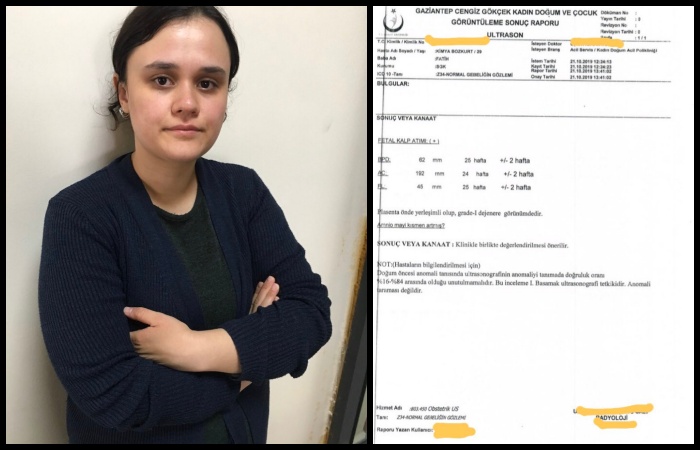 A Turkish court has ruled to continue the pretrial detention of a woman arrested two weeks ago despite the submission of a medical report confirming her pregnancy of six months and the existence of a law prohibiting it, the tr724 news website reported.

Kimya Bozkurt was arrested on Oct. 21 on charges of membership in the faith-based Gülen movement, which is accused of orchestrating a 2016 coup attempt despite its strong denial of any involvement.

According to her husband, after her arrest the court demanded a medical report confirming her pregnancy; however, despite the report later submitted to the judges, her incarceration continued.

Turkish law requires postponement of the arrest of pregnant women until they give birth and the infant reaches six months of age.

Detained on Oct. 19, Bozkurt was alleged to have used ByLock, a smartphone application believed by Turkish authorities to have been popular among the movement’s followers.

Bozkurt was also charged with membership in a Gülen-affiliated association, among the hundreds of associations shut down in the aftermath of the failed coup.

Since the failed coup in July 2016, Turkey has been conducting a massive witch-hunt against people from all walks of life on charges of “coup involvement.”

Many women jailed with their young children immediately after delivery or while pregnant are believed to be linked to the Gülen movement.