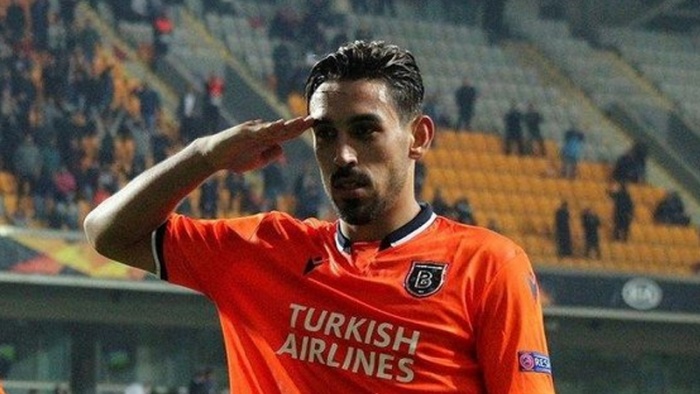 UEFA, Europe’s football governing body, has launched an investigation into a Turkish footballer for giving a military salute in support of Turkish soldiers fighting in northeastern Syria, the Başakşehir football club said, according to the Diken news website.

İrfan Can Kahveci posed for the cameras giving a military salute after scoring in a UEFA Euro League game against Wolfsberger.

The European football body had previously launched investigations into Turkish players in a national game for the same reason.

Turkey started a military offensive in northeastern Syria on Oct. 9 in order to push Kurdish militia away from its borders.

The military operation was halted after diplomatic meetings with the US and Russia.

UEFA’s disciplinary rules prohibit “the use of gestures, words, objects or any other means to transmit a provocative message that is not fit for a sports event, particularly provocative messages that are of a political, ideological, religious or offensive nature.”

Göksel Gümüşdağ, chairman of the Başakşehir club, criticized UEFA’s decision, saying that a French footballer’s greeting to French President Emmanuel Macron in a game was not subjected to an investigation.