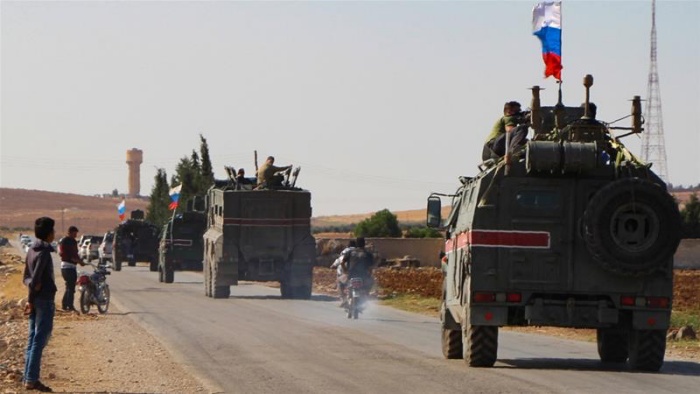 Russia sent about 300 more military police and more than 20 armored vehicles to Syria on Friday under an accord between Ankara and Moscow that has halted Turkey’s military incursion into northeast Syria, Reuters reported.

The deal, sealed on Tuesday by Presidents Recep Tayyip Erdoğan and Vladimir Putin, requires that Russian military police and Syrian border guards remove all Kurdish People’s Protection Units (YPG) militia from within 30 kilometers (19 miles) of the Turkish border by next Tuesday.

The military police, from the southern Russian region of Chechnya, will help with the withdrawal of Kurdish forces and their weapons to 30 kilometers of the Syrian-Turkish border, the Interfax news agency quoted the defense ministry as saying.

Ankara regards the YPG as a terrorist group aligned with Kurdish militants who have waged an insurgency in southeastern Turkey since 1984.

Turkey launched its offensive against the YPG on Oct. 9 after President Donald Trump ordered US forces out of northeast Syria. Ankara halted its assault under a US-brokered ceasefire that called for a YPG withdrawal from the border area. The Putin-Erdoğan deal built on and widened that agreement.

He repeated a warning that if Kurdish YPG forces did not withdraw from the border region they would be crushed by Turkey’s armed forces.

Under the terms of the deal, from next Tuesday Russian and Turkish forces will start to patrol a narrower, 10-kilometer strip of land on the Syrian side of the border where US troops had been deployed for years alongside their former Kurdish allies.