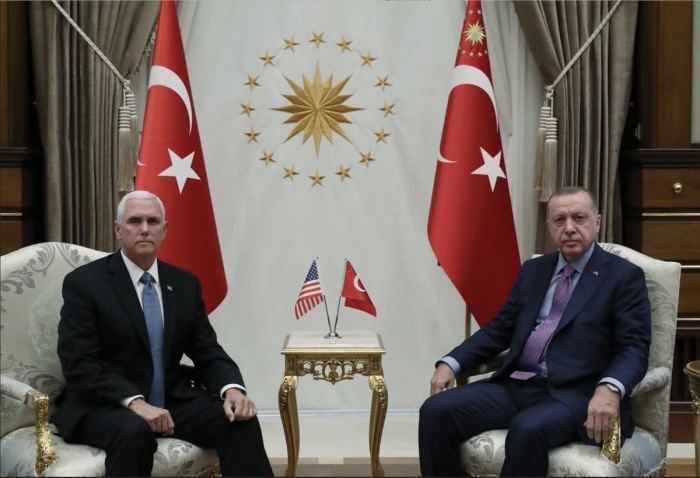 Pence is meeting with Erdoğan, while Pompeo and other officials are expected to hold talks with their Turkish counterparts. Erdoğan initially refused to meet the US delegation, saying he would only speak to President Donald Trump, before backtracking.

Turkey launched its long-threatened military operation in northeastern Syria last week targeting a US-backed, Kurdish-led militia alliance after a US decision to withdraw from the border.

Ankara views the Kurdish People’s Protection Units (YPG), the main component of the Kurdish-led Syrian Democratic Forces (SDF), as a terrorist group linked to the Kurdistan Workers’ Party (PKK), which has fought a nearly four-decade-long insurgency for Kurdish rights against the Turkish state.

Turkey says it aims to defeat the YPG and create a 32-kilometer-deep, 480-kilometer-long “safe zone” (20 miles deep, 300 miles long) inside Syria along the border to protect its security and provide room to resettle millions of Syrian war refugees now in Turkey.

Washington has imposed some sanctions, including a hike in steel tariffs and a suspension of trade talks, and threatened to slap on even tougher penalties if Ankara refuses to halt its offensive.

The US’s most effective form of economic leverage would be to hinder Turkey’s access to US financial markets, a step the Trump administration has so far avoided.

On Wednesday Trump said he thought Pence and Erdoğan would have a “successful meeting,” but warned of sanctions and tariffs that “will be devastating to Turkey’s economy” otherwise.