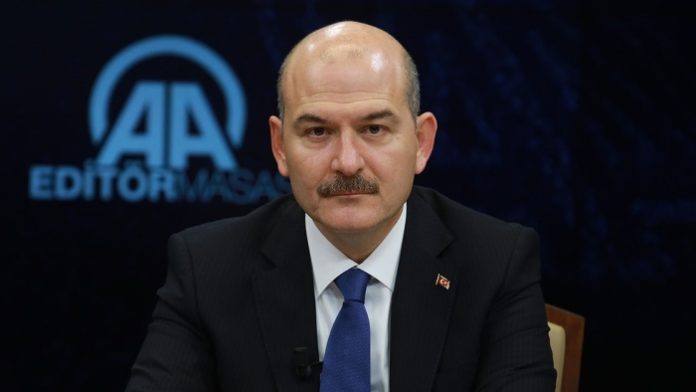 Turkey’s interior minister on Tuesday refuted recent reports about the increasing number of migrants from Turkey to Greece, according to the state-run Anadolu news agency, saying that “if the EU was concerned about Turkey as much as Greece, the problems might be solved.”

Süleyman Soylu’s remarks came at a joint news conference ahead of a meeting with United Nations High Commissioner for Refugees Filippo Grandi.

“I believe the UN is following the issue with much more attention than the EU. We regret the recent statement from the EU,” he said, rejecting reports that migration from Turkey to Greece was on the rise.

“If the EU was concerned about Turkey as much as Greece, the problems might be solved,” he said.

Soylu said a total of 30,842 migrants went to Greece during an eight-month period last year, while the figure for 2019 stood at 29,025, indicating a 6 percent drop.

He noted the Geneva meeting was aimed at providing international support for countries hosting refugees to “share the burden more equitably between countries.”

Turkey will co-chair the first Global Refugee Forum Dec. 17-18, which will focus on arrangements for burden and responsibility sharing, education, jobs and livelihoods, energy and infrastructure, solutions and protection capacity. The meeting will convene at the ministerial level and include UN member states and other stakeholders.