Council of Europe Commissioner for Human Rights Dunja Mijatović has said the independence of the Turkish judiciary was seriously eroded during a state of emergency declared by the Turkish government in the aftermath of a failed coup attempt in July 2016.

In a written statement on Tuesday Mijatović made an assessment of issues such as the independence of the judiciary and the rule of law in several member states she has visited this year.

Turkey’s ruling Justice and Development Party (AKP) government declared a state of emergency in the aftermath of the failed coup attempt on July 15, 2016. It was lifted in July 2018.

“I noted in particular constitutional changes regarding the Council of Judges and Prosecutors (HSK), which were in clear contradiction with Council of Europe standards, as well as the suspension of ordinary safeguards and procedures for the dismissal, recruitment and appointment of judges and prosecutors during the two-year state of emergency.”

More than 150,000 people were removed from state jobs through government decrees, which cannot be appealed at a court, during the state of emergency, while 500,000 others have been investigated on claims of terrorism due to their alleged links to the Gülen movement, which is accused by the Turkish government of masterminding the coup attempt. The movement strongly denies any involvement in the failed putsch.

Among those removed from their jobs are close to 5,000 judges and prosecutors.

During her visit from July 1 to 5, Mijatović was in İstanbul and Ankara, meeting with Turkish officials, including Mevlüt Çavuşoğlu, minister of foreign affairs, and Abdülhamit Gül, minister of justice, as well as civil society representatives and lawyers. The commissioner also expressed her appreciation for the fact that Turkish authorities had facilitated a visit to Silivri Prison, where the she met with businessman Osman Kavala, journalist Ahmet Altan and lawyer Selçuk Kozaağaçlı. 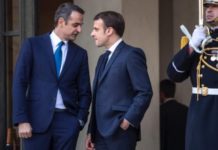