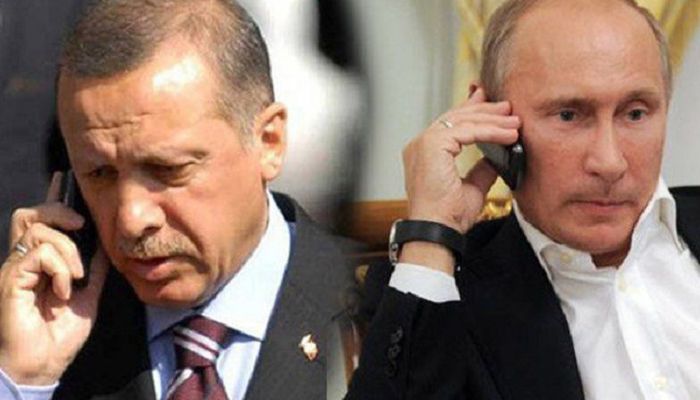 Turkish President Recep Tayyip Erdoğan has said the recent offensive conducted by the Syrian army in the northwestern province of Idlib has become a serious threat for Turkey, according to a statement by the Turkish presidency’s communication office on Friday.

Speaking to his Russian counterpart Vladimir Putin, Erdoğan said the Syrian government’s attacks in Idlib undermine the ceasefire agreement and damage efforts to find a solution to the crisis in Syria.

Russia and Turkey brokered a complete ceasefire in June in Syria’s Idlib province between Syrian government forces and rebels to apply to the de-escalation zone in Idlib.

Syrian government forces reportedly opened fire on a Turkish observation post in northwest Syria on Thursday, according to two Turkish officials who spoke to Reuters.

The incident came after an airstrike halted a Turkish military convoy and killed three civilians on Monday as the convoy headed south towards another observation post.

A Turkish-Russian agreement last September designated Idlib as a de-escalation zone. Since then, Moscow repeatedly warned that Turkey has not fulfilled its part of the deal by removing the terrorist groups from the area.