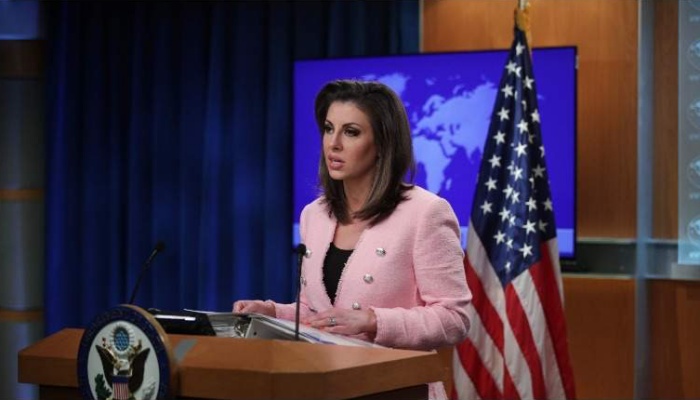 “In general, anywhere in the world, it’s always concerning when you see the removal of elected officials and then their replacement by unelected officials,” Ortagus said in response to a question from Kurdistan 24.

“That’s obviously concerning, right?” she continued. “So what we hope is to see that Turkey resolves this matter in a way that is consistent with their commitment to democracy, ”

Responding to the suggestion that renewed negotiations between the Turkish government and Turkey’s Kurds might be a better alternative, Ortagus said, “We, of course, always encourage a broad approach in Turkey’s engagement with the Kurdish communities.”

Giran Özcan, Washington representative for Turkey’s Kurdish Peoples’ Democratic Party (HDP), welcomed Ortagus’ statement, saying it is “the first time the US has criticized Ankara’s actions against Kurdish mayors”—although earlier dozens were similarly removed from their posts and even jailed.

But Özcan also suggested the State Department “could have gone further and been more forceful” in its comment. “Human rights abuses against the Kurdish people in Turkey have gone on for years,” he continued, and “we look to the US to uphold its values in dealing with Turkey in a principled way.”