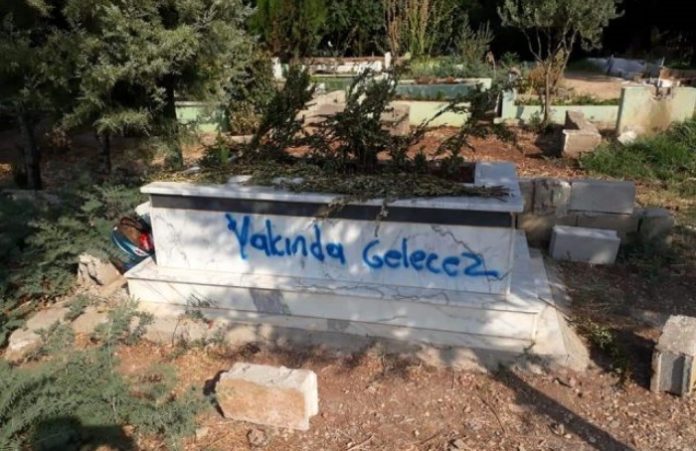 Over a hundred graves were vandalized and spray painted with threatening messages on Wednesday night in the Reyhanlı district of Hatay province in southern Turkey, the Sol Haber news website reported.

The police arrived at the scene after they were notified by locals who discovered broken headstones and messages spray painted on the side of the graves.

“We are the Islamic State” and “We are coming soon,” some of the messages said.

An investigation has been launched to determine the identity of the vandals.

Hatay province borders the rebel-held territories of northeastern Syria and has been hit by conflict several times, including a 2013 car bomb attack in Reyhanlı that claimed the lives of 53 people, wounding 140.