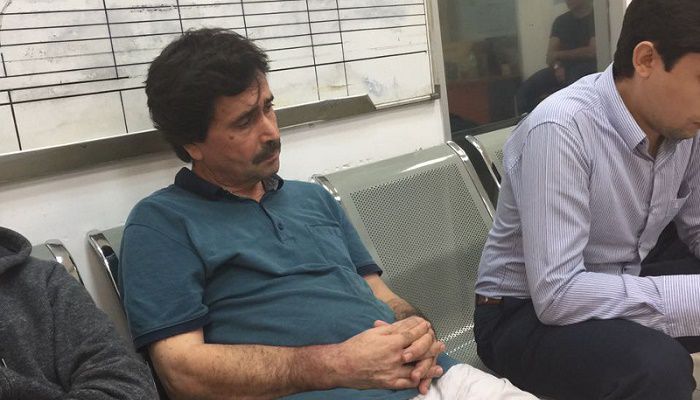 Teacher İsmet Özçelik, who was abducted from Malaysia by the Turkish intelligence agency and rendered to Turkey, was not taken to a hospital despite reportedly having suffered a cardiac problem behind bars, the TR724 news website reported on Thursday.

His son Suat Özçelik tweeted that his father’s lawyer told him about the incident that took place 10 days ago.

“My father had a previous heart condition. His prison dormitory was over capacity. This, combined with hot weather, probably triggered what happened,” he said, adding he does not know his father’s current state of health.

After Özçelik was brought by intelligence from Malaysia, he stood trial at a high criminal court on terrorism-related charges over alleged links to the faith-based Gülen movement and was sentenced to nine years, 11 months in prison.

Turkish officials ignored a call by the UN Human Rights Commission for his immediate release.

The Turkish government accuses the Gülen movement of masterminding a failed coup in 2016. The group strongly denies any involvement.

Turkey’s intelligence agency has so far abducted over a hundred alleged Gülen followers from abroad, most of whom were educators working at schools that belong to the global education network run by the movement.