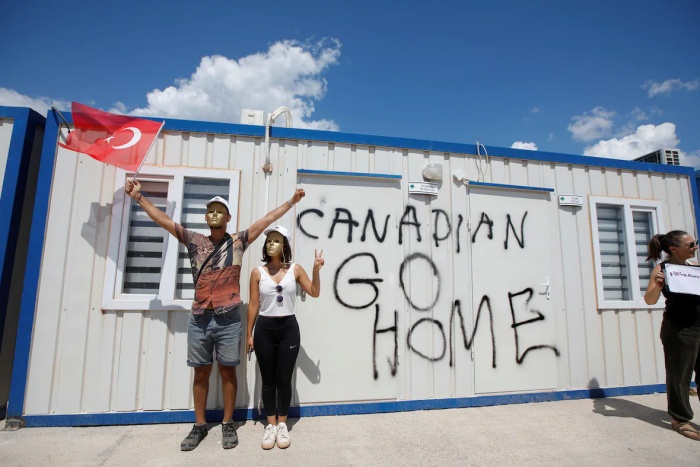 Canada-based Alamos Gold has prepaid for reforestation at its mine project in western Turkey, its chief executive told Reuters amid growing criticism, adding that it was impossible for cyanide to leak into the environment as protesters fear.

Thousands of Turks and opposition lawmakers staged a protest on Monday in Çanakkale against what they say will be pollution from the Alamos project and said the firm cut down more trees than it had declared and would use cyanide, contaminating water in the region.

In an interview late on Tuesday in Ankara, Alamos CEO John McCluskey said the protests against his company’s project near the town of Kirazlı were politically motivated “misinformation.”

The area at the site now largely stripped of trees would begin to return to its previous state after the six years envisaged for the project, he added.

“We’ve already paid for it. What you have to appreciate is that as part of the forestry permit, we have paid about $5 million for those permits. A big component of that fee is to pay for reforestation,” McCluskey said, adding that only government authorities were allowed to cut trees, not the company.

“In six-and-a-half years, the whole focus of this area will be to replant. And in a decade, maybe a bit more than that, it will look like a forest again,” he said.

Critics of the project fear that the mine’s use of cyanide will harm the ecological structure of the area and contaminate the soil and water near the Atıkhisar dam in the region.

McCluskey, however, said cyanide would only be used in the final step of the mining process to extract the gold and that the company had taken measures to ensure that there would be no leaks into the environment. He said the mine’s operations would not impact the watershed.