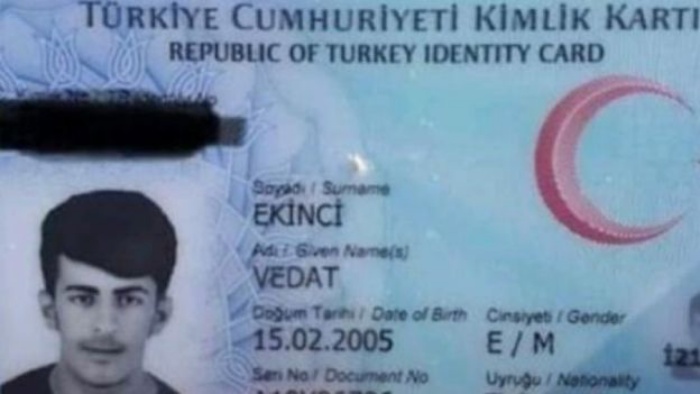 Vedat Ekinci, a 14-year-old Kurdish boy, was killed on Thursday by a border patrol soldier after he refused to stop despite warnings, according to a statement released by the Hakkari Governor’s Office.

The statement said the shot was fired as a warning, but since the area was mountainous the bullet ricocheted off the rocks and hit Ekinci, who subsequently died at a local hospital.

A BBC Turkish service report based on the testimony of the 14-year-old’s cousin who was present during the incident along with another cousin, however, indicated that Ekinci was shot without warning a few kilometers from the border.

Hacı Ekinci, who said they were shepherding a flock of sheep from their mountain village, claimed they were looking for their animals and entered a military zone in pursuit of them.

The cousin also refuted the governor’s office statement, saying the soldiers did not attempt to help the 14-year-old, who died at the scene.

He said the soldiers beat them as well, breaking the leg of the other cousin.

Republican People’s Party (CHP) deputy Sezgin Tanrıkulu brought the incident to the attention of parliament by posing a question to the Interior Ministry as to whether or not an investigation into the incident had been launched.