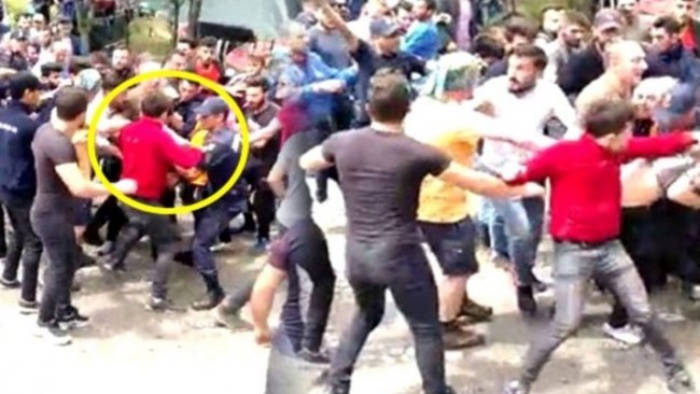 Nine tourists from Iraqi Kurdistan who travelled to the Black Sea Turkish province of Trabzon on vacation and had photos taken there while wearing scarves bearing the word “Kurdistan” are being deported, according to a statement from the Trabzon Chief Public Prosecutor’s Office, Turkish media reports said.

Local residents reportedly had an altercation with the tourists when they saw their scarves with the word “Kurdistan.”

A statement from the Twitter account of the Trabzon Chief Public Prosecutor’s Office said nine out of a group of 50 people who came to the Uzungöl tourist resort were detained and being deported after they were involved in a brawl with locals over scarves with the word “Kurdistan.”

Trabzon is known as one of the most nationalist cities in Turkey.

The Turkish bureaucracy and the public remain overly sensitive to the word “Kurdistan” and the tri-colored Kurdistan flag, which in some cases have been associated with “treason and terrorism” linked to the terrorist Kurdistan Workers’ Party (PKK).

The websites of Turkey’s Presidency, Prime Ministry and Ministry of Foreign Affairs as well as the state-run Anadolu news agency refer to Kurdistan as the Kurdish Regional Administration of Iraq.