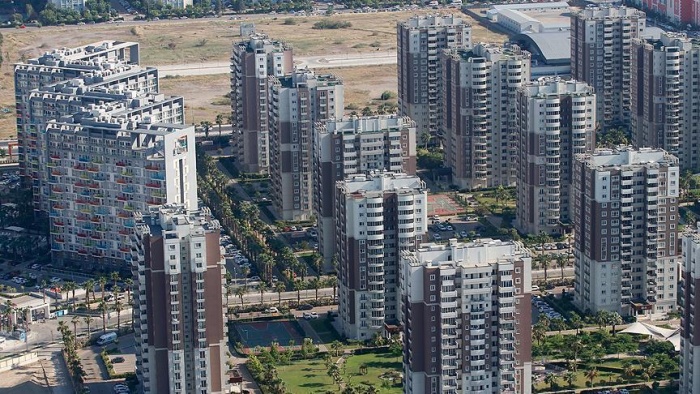 The decline was particularly driven by a week-long public holiday at the start of June to mark the end of the Islamic fasting month of Ramadan and a re-run of the İstanbul mayoral election.

Turkey’s economy shrank 2.6 percent in the first quarter after a 3 percent contraction the previous quarter amid a currency crisis and high inflation, ending a construction-fueled boom.

The decline was also driven by a slump in homes financed by mortgages by 84.6 percent in June to 7,319 properties as a result of high interest rates, according to Reuters.

Mortgage rates at state banks, lower than those at private banks, currently stand at a monthly 1.65 percent for 10-year loans.

House sales fell 6.8 percent in April and 23.2 percent in May. These declines were revised from an initial 18.1 percent and 31.3 percent, respectively, after the land registry supplied updated figures on sales, according to TurkStat.

One bright spot, as in previous months, was house sales to foreigners. These increased 30.5 percent in June to 2,689 houses, with the buyers by country led by Iraqis, Iranians and Russians.

The boost from foreign property investors has been felt since last year due to the weakness of the Turkish lira and a government effort to ease the path to Turkish citizenship.

Turkey last year decided to slash the investment threshold for gaining citizenship to $250,000 from $1 million previously. The measure was aimed at keeping money flowing into an economy that was driven for years by a construction boom.

A nearly 30 percent drop in the lira last year and another 7 percent decline so far in 2019 have made it cheaper for foreign buyers.