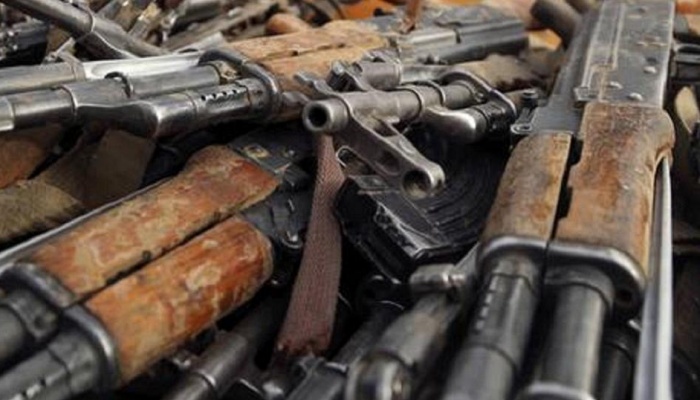 In the first four months of the year, Turkey received weapons worth some €184 million from Germany, accounting for nearly 60 percent of all German deliveries.

The figures were released by the Federal Ministry for Economic Affairs and Energy (BMWi) in response to a parliamentary question directed by Die Linke deputy Sevim Dağdelen.

The ministry said the period in question only saw shipments of naval equipment, specifically for Type 214 submarines manufactured in Turkey with the participation of Germany’s Thyssen Krupp Marine Systems (TKMS). The German government had approved the shipments in 2009.

Turkey’s military imports from Germany were restricted after a failed coup in July 2016 due to widespread human rights violations and continued military campaigns in the Kurdish-dominated Southeast as well as military offensives in Kurdish-held northern Syria.

Despite the limitations, sales that were previously approved went ahead as planned. Weapons worth some €243 million were delivered to Turkey last year, a third of German arms exports.

After two years of decline, Germany’s approvals for weapons sales started to increase in 2019. In response to a parliamentary question by Omid Nouripour from the Green Party, the BMWi said the German government had approved the sale of arms valued at €23.3 million as of June 5 of this year, almost twice the €12.9 million approved in all of 2018.

Dağdelen criticized the shipments, pointing out the hydrocarbon drilling activities Turkey is conducting in the eastern Mediterranean that have led to tensions with the European Union, which considers them a violation of Cyprus’ sovereignty.

“It is irresponsible that the German government keeps sending weapons of war to Erdoğan’s navy despite his aggressive policies against EU member Cyprus,” she said, adding that Germany would be complicit in the event German weapons were used against Cyprus.