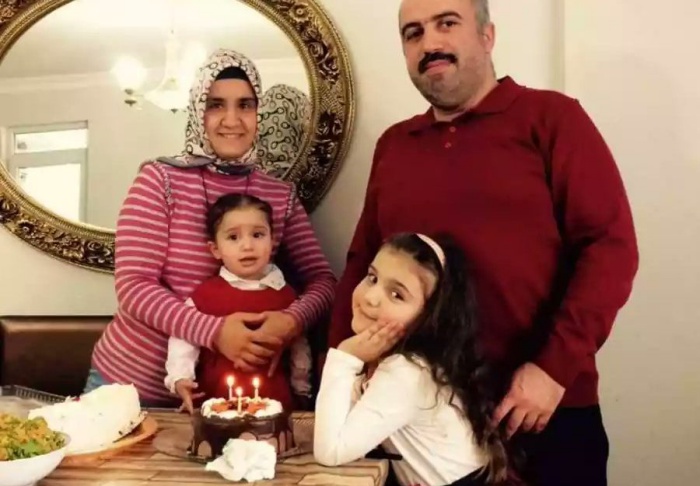 Hatice Civelek, a purged teacher whose husband was jailed as part of an ongoing witch-hunt against followers of the Gülen movement, has called for the release of her husband from prison, saying that he is about to suffer a mental breakdown as he is unable to cope with the loss of four family members including two daughters while in prison.

Civelek is one of the countless victims of Turkey’s massive purge of supporters of the Gülen movement, which is labeled as a terrorist organization by the Turkish government.

Civelek’s wife, two daughters aged 3 and 8, his mother and his father-in-law paid him a visit at Keskin Prison in Turkey’s central Kırklareli province in early December. In an auto accident on the way home to Düzce, his two children, mother and father-in-law died immediately, while his wife Hatice was hospitalized with broken ribs and other injuries.

In a letter Hatice Civelek called for help from the Turkish authorities and public, saying: “I am asking for your help as a person who lost her children, father, job and health. My only source of support, my husband Enes Civelek, has been experiencing serious psychological problems. I want him to be treated. Please, hear my voice.”

The woman said her husband also has other health problems such as diabetes and high cholesterol, which have worsened in prison.

Civelek, a former Turkish language teacher, has been behind bars since June 2017. His wife, Hatice, a primary school teacher, was one of the thousands of teachers who were removed from their jobs by a government decree issued in September 2016 due to alleged Gülen links.

The charges against Civelek stem from the time he served as an administrator of a Gülen-linked dormitory in Ankara’s Beypazarı district 13 years ago.

US-based Turkish-Islamic cleric Fethullah Gülen, who inspired the movement, strongly denied having any role in the failed coup and called for an international investigation into it, but Turkish President Recep Tayyip Erdoğan — calling the coup attempt “a gift from God” — and the government initiated a widespread purge aimed at cleansing sympathizers of the movement from within state institutions, dehumanizing its popular figures and putting them in custody.

Following the coup attempt, more than 150,000 people were removed from state jobs while in excess of 30,000 others were jailed and some 600,000 people have been investigated on allegations of terrorism due to alleged Gülen links.