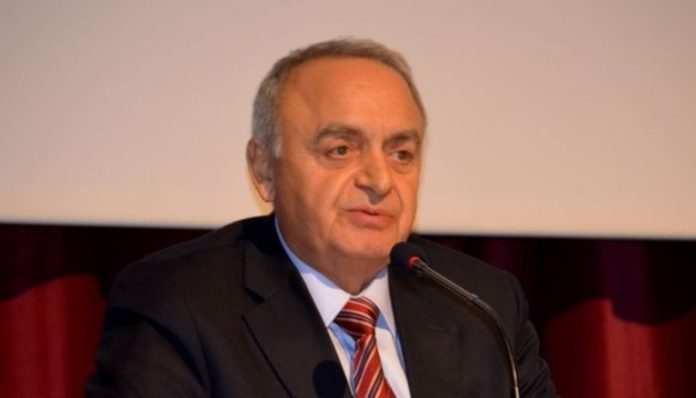 Sabri Uzun, the former head of the National Security Directorate’s intelligence department in Ankara who was arrested in April on accusations of insulting Turkish President Recep Tayyip Erdoğan and aiding a terrorist group, was released pending trial on Monday, Turkish media reports said.

Uzun, who served as head of the intelligence department between 2003 and 2006, was charged with links to the Gülen movement, which is accused by the Turkish government of masterminding a failed coup attempt on July 15, 2016. The movement strongly denies any involvement in the abortive putsch.

In the first hearing of his trial at the Ankara 22nd High Criminal Court, Uzun strongly denied having any links to the Gülen movement, saying that he always fought against the movement during his professional life. However, he admitted posting tweets in which he allegedly insulted Erdoğan and said he wrote what he thought was right.

Uzun’s detention was seen as linked to a tweet he posted on April 17 when opposition mayoral candidate Ekrem İmamoğlu was declared the winner following 17 days of ambiguity over the results of the March 31 election in İstanbul.

İmamoğlu was first certified as mayor on April 17, weeks after the election, because the ruling Justice and Development Party (AKP), whose candidate lost the election, disputed the results, asking for a recount of votes in many districts and even demanding that the İstanbul election be held again.

In his tweet Uzun congratulated İmamoğlu for his election and said: “May your time in office be beneficial. I hope you won’t say, ‘Zero the [money], my son.’ I hope you won’t wear a watch that cost TL 750,000. I hope you won’t have seven safes and money counters. May you walk on the right path. Never be diverted from decency. I congratulate your mother and wife [on your success].”

Uzun was referring to the content of voice recordings and evidence in corruption investigations that became public knowledge in late 2013 in which then-Prime Minister Erdoğan’s close circles and four ministers were implicated.

At the time voice recordings of two people — alleged to be Erdoğan and his son, Bilal — circulated on the Internet.

The voices were heard discussing how to get rid of large amounts of money from an undisclosed residence with the alleged voice of Erdoğan telling his son to “zero” the money. Erdoğan denied the corruption charges and labeled the investigations a coup attempt against his government.

Meanwhile, the results of the İstanbul vote were cancelled by the country’s election authority on May 6; however, İmamoğlu was again elected mayor in a repeat vote on June 23.