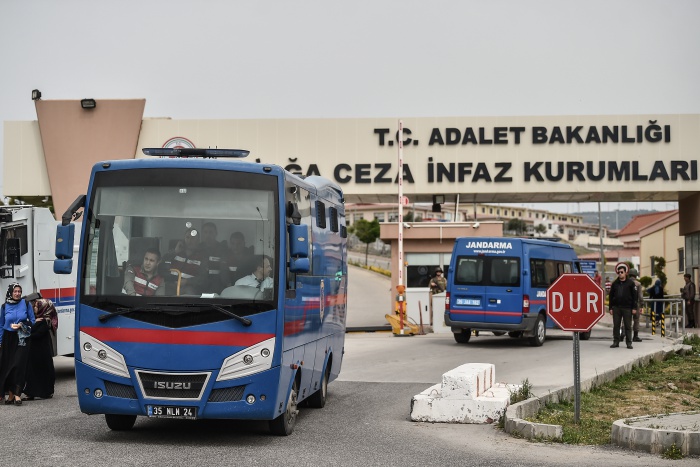 Turkey’s Justice Ministry announced on Friday that 29,487 people were currently in prison on charges of membership in the faith-based Gülen movement, which is accused of orchestrating a 2016 coup attempt, the Hürriyet Daily News reported.

Of this figure, 21,605 have been convicted, while the remaining 7,882 are in pre-trial detention.

Although the movement strongly denies any involvement in the coup, the Turkish government launched a massive crackdown targeting the movement’s followers, with over half a million Turkish citizens the subjects of investigation.

Among those convicted, 3,611 were accused of playing an active role in the July 2016 coup attempt, of which 1,098 people – including 71 generals – have been handed down aggravated life sentences without the chance of parole, 1,029 have been given life sentences and the remaining 1,384 have received jail terms ranging between 14 months and 20 years.

Justice Minister Abdulhamit Gül had previously announced that 31,088 people were jailed over Gülen links as of the beginning of 2019.

Meanwhile, Turkey has so far demanded the extradition of 568 people from 94 countries over their suspected links to the Gülen movement. Twenty-three countries have honored Turkey’s demand, handing over 109 suspects. Some 44 countries, on the other hand, have declined to cooperate.