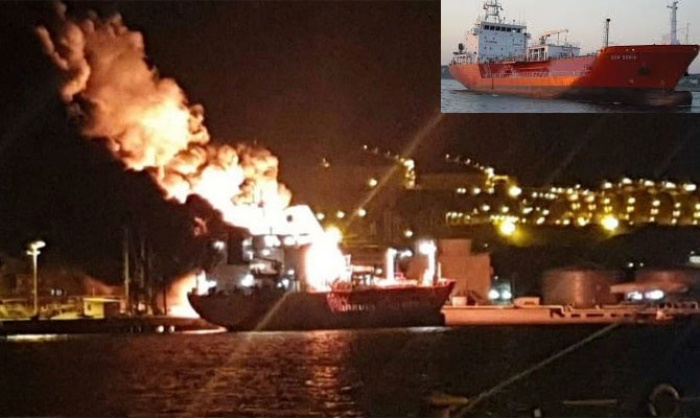 An explosion on an oil tanker killed one Italian citizen and injured 16 others in Turkey’s western province of İzmir, the Hürriyet Daily News reported, citing an official.

He said 15 Italian sailors, one Romanian and one Petkim worker were hospitalized.

“At Petkim Pier 5 around 23:20 (2020 GMT), a fire broke out due to an unspecified reason during the connection to the Italian flagged Synzania for the filling of liquid hydrocarbons,” Petkim said in a press statement.

“As a result of the immediate intervention of our teams, the fire was extinguished and cooling work on the ship is continuing,” it added.