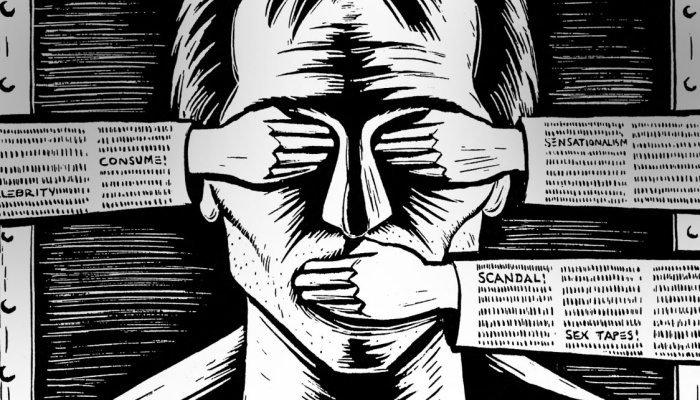 Turkey’s president, Recep Tayyip Erdoğan, forced Turkish journalists to leave the room during a question and answer segment of a press conference with foreign journalists on Thursday.

The meeting, attended by more than 30 foreign journalists, took place at Erdoğan’s office in Dolmabahçe Palace.

At the meeting Erdoğan talked about the importance of journalism and the killing of Saudi journalist Jamal Khashoggi and the recent death of ousted Egyptian President Mohamed Morsi, saying his government would never allow them to be forgotten.

The meeting was followed by Turkish media members until the second segment, when the foreign journalists were allowed to ask Erdoğan questions. At this point, Turkish TV stations halted their broadcasts of the meeting and the Turkish press members were forced to leave the room, in an apparent move to prevent the public from learning what questions would be asked of Erdoğan by the foreign journalists.

Journalist Sedef Kabaş criticized the closure of Erdoğan’s meeting with foreign journalists to the Turkish media from her Twitter account on Thursday.

“The AKP [Justice and Development Party] has done it and can do it again! They made yet another first. A news conference that was closed to the media. Just to prevent Turks from hearing the questions of foreign journalists and, even worse, from hearing Erdoğan’s answers,” she tweeted.