The Turkish Statistical Institute (TurkStat) has announced that the country’s youth unemployment for the February-March-April period was 25.2 percent, the Diken news website reported on Monday.

The figure encompasses the 15-24 age group and represents a rise of 7.5 percentage points over the same period last year.

Some 1.3 million jobless were added to the group, raising the total to around 4.5 million.

Employment numbers saw a drop, with the employment rate declining to 45.4 percent.

The service sector accounted for 57.4 percent of employment, followed by industry, agriculture and construction.

The share of the construction sector, which is considered to be the main driving force behind Turkey’s past economic growth, saw a 1.8 percent decrease in the sectorial breakdown. 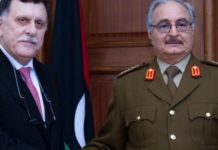