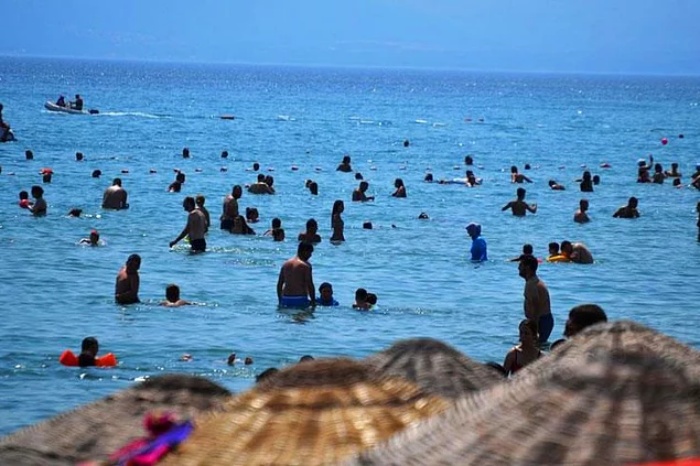 A Turkish mayor on Monday defended his order to remove Syrian refugees from a beach in Bursa’s Mudanya district last week, saying that “they are allowed to enter the beach if they’re willing to comply with the rules,” the T24 news website reported.

On Friday police started preventing Syrians from going on the beach due to complaints from locals.

“We can’t tolerate that [Syrians] enjoy their lives by annoying our people, while our economy is deteriorating and our kids are being martyred [by terrorists],” Hayri Türkyılmaz, the Mudanya district mayor, tweeted on Friday.

The tweet sparked a debate on social media where, criticism aside, many Turks supported the mayor’s move.

After attracting criticism from prominent journalists, the Mudanya Municipality’s official Twitter account said some Syrian immigrants had set up tents, brought a camel with them and entered the water without a proper swimsuit.

Turkey hosts more than 3.6 million Syrian immigrants, some of whom are financially supported by European Union funding after a deal between Ankara and Brussels was brokered in 2015; however, many Syrians reportedly still live in miserable conditions in some Turkish cities.