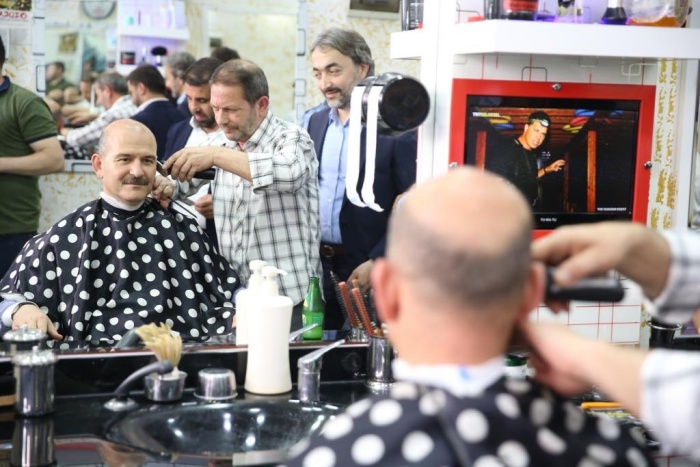 Soylu posted a photo of himself getting a haircut in a typical Turkish barbershop on his Twitter account on Sunday.

“I don’t have my hair cut in Greece,” Soylu said, implying that Ömer Koç, the current head of the family, goes to Greece for haircuts.

He also implicitly criticized the family for supporting the ruling party’s foes, such as the faith-based Gülen movement, which is accused by the Turkish government of orchestrating a 2016 coup attempt.

A day earlier he also criticized the family for helping the 2013 Gezi Park protests against the Erdoğan government.

Soylu’s remarks came after İmamoğlu arrived back in İstanbul following a series of rallies in the northern part of Turkey in a helicopter leased from a company belonging to the family.

Koç Holding later issued a statement saying that the ruling party’s candidate, Binali Yıldırım, had also leased a vehicle from the family’s business.