Turkish officials have condemned the treatment its national soccer team endured upon arrival in Iceland ahead of a European Championship qualifying game, The Associated Press reported.

Turkey’s state-run Anadolu Agency said the Turkey players were kept at passport control for more than two hours at Keflavik Airport on Sunday while their bags were repeatedly searched. The report said a man held a toilet cleaning brush like a microphone while team captain Emre Belözoğlu spoke to Turkish journalists.

Foreign Minister Mevlüt Çavuşoğlu wrote on Twitter that the team’s treatment in Iceland was “unacceptable from the point of diplomatic and humane practices.”

Turkey moved to the top of its Euro 2020 qualifying group by beating World Cup champion France 2-0 at home on Saturday. 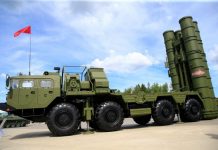