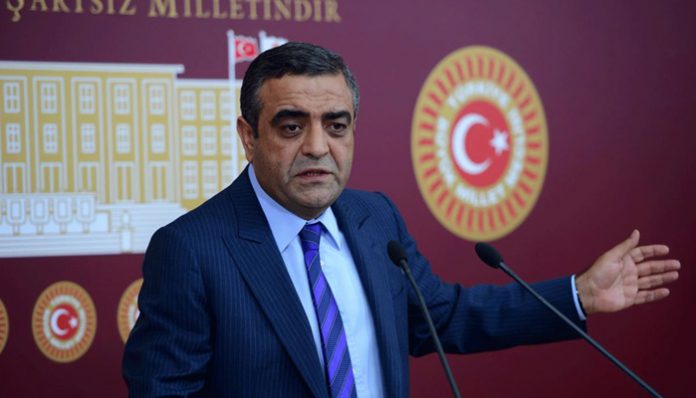 Republican People’s Party (CHP) deputy and prominent human rights activist Sezgin Tanrıkulu in a parliamentary question asked Turkey’s vice president about allegations of torture perpetrated on former diplomats who are currently under detention, according to the Bold Medya news website.

Some 20 former employees of the Turkish Foreign Ministry who were among 100 detained in May as part of an investigation into alleged cheating during exams to recruit staff between 2010 and 2013 are being subjected to heavy torture by individuals who are alleged members of Turkey’s National Intelligence Organization (MİT), according to claims raised by Kurdish Peoples’ Democratic Party (HDP) deputy Ömer Faruk Gergerlioğlu last week.

The claims were later confirmed by the Ankara Bar Association, which published a report including interviews with five detainees who were subjected to torture at a detention center in Ankara, exposing details of the torture perpetrated by law enforcement officials.

In the parliamentary question directed at Vice President Fuat Oktay, Tanrıkulu asked, “Are the allegations suggesting that former Foreign Ministry employees are being subjected to torture at the Ankara Police Department by people who introduce themselves as MİT members true?”

Tanrıkulu also asked whether the former diplomats under detention were subjected to torture because they did not want to become informants, whether the individuals who introduced themselves as MİT members were identified and whether legal action has been taken or will be taken against these individuals.

The CHP deputy also asked about an allegation that one former diplomat was beaten until he passed out and was taken to a hospital but that doctors refused to give him a medical report, and asked whether any legal action has been taken against those doctors and at which hospital they work.

The detained diplomats are believed to have links to the Gülen movement, which is accused by the Turkish government of masterminding a failed coup attempt on July 15, 2016. The movement, inspired by the views of US-based Islamic cleric Fethullah Gülen, strongly denies any involvement in the failed putsch.

Following the coup attempt, the Turkish government launched a massive crackdown on followers of the movement on the pretext of an anti-coup fight as a result of which more than 150,000 people were removed from state jobs while in excess of 50,000 others were jailed and some 600,000 people have been investigated on allegations of terrorism.