İstanbul prosecutors are poised to demand up to 11 years in prison for Canan Kaftancıoğlu, the İstanbul provincial chairwoman of the main opposition Republican People’s Party (CHP), the Sabah newspaper reported on Thursday.

The pro-government daily claimed Kaftancıoğlu has been under investigation for nearly a year and a half for her social media posts between 2011 and 2017.

She is to face charges of provoking hatred and enmity among the public, spreading propaganda on behalf of terrorist groups, insulting the president and denigrating the republic.

A complaint filed by lawyers for President Recep Tayyip Erdoğan triggered the investigation.

Several of Kaftancıoğlu’s past tweets circulated in the media after she was elected provincial chairwoman in January 2018.

She has been an influential figure in the CHP’s arguably successful İstanbul campaign in the local elections of March 31 in which it defeated Erdoğan’s ruling Justice and Development Party (AKP) by a narrow margin.

The results of the mayoral election in the country’s largest city were later cancelled in favor of a re-run by the election authorities. 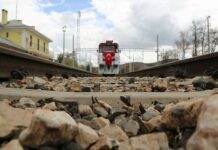 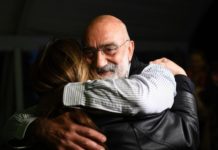