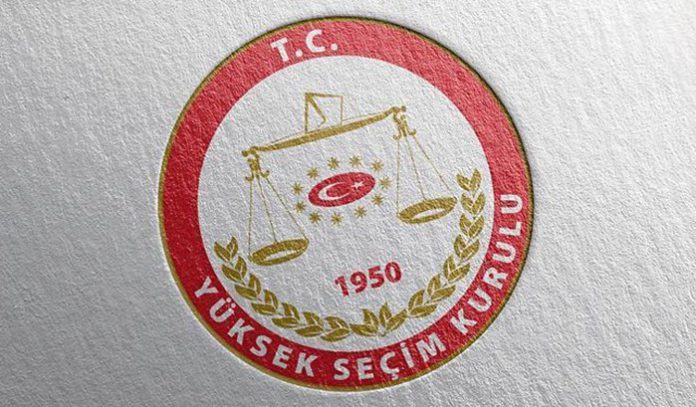 Representatives of several opposition parties in Turkey have slammed a reasoned opinion announced by the country’s Supreme Election Board (YSK) on Wednesday justifying its decision to cancel the results of the İstanbul mayoral election, calling it “politically motivated” and “unlawful.”

In a controversial decision on May 6, the YSK decided to re-run the mayoral election in İstanbul, which had been won on March 31 by main opposition Republican People’s Party (CHP) candidate Ekrem İmamoğlu.

The YSK announced its 7-4 decision due to allegations of electoral fraud and irregularities after Turkish President Recep Tayyip Erdoğan’s ruling Justice and Development Party (AKP) lost the race in İstanbul by a narrow margin.

The YSK attracted widespread criticism from inside and outside Turkey for its decision, with many calling it a “civilian coup.”

On Wednesday, it announced its long-awaited, 250-page reasoned opinion for its May 6 decision in which the YSK made no mention of votes stolen by the CHP in İstanbul, contrary to the claims of the AKP.

The YSK’s reasoned opinion was based on the presence of polling station chairs at 754 polling stations who participated in the election and vote count despite not meeting the criteria in a regulation stating that they must be public officials.

The opinion adds that the selection process of polling station officials had not met standards and that political parties had not been able to lodge appeals regarding the electoral officials because they had not received the lists in time.

It also listed irregularities and violations during the voting and counting process, which included 706 votes cast by people with no right to vote and 108 ballot boxes that were missing crucial paperwork.

İmamoğlu said the YSK’s reasoned opinion means nothing to him.

“Those 250 pages do not mean anything to me… The report gives zero reasoning,’’ he said.

“They speak of over 700 polling stations where non-civil servants were present. How many votes are there that could affect the outcome? Did I receive an 50,000 extra votes in those ballots?’’ he added.

Representatives from the CHP, the Peoples’ Democratic Party (HDP) and İYİ (Good) Party who spoke to Deutsche Welle about the YSK’s reasoned opinion agreed that it was politically motivated and unlawful.

CHP representative on the YSK Hadimi Yakupoğlu said the YSK’s reasoned opinion has nothing to do with the law, while HDP representative Mehmet Rüştü Tiryaki accused the YSK of usurping the will of the voters and not finding a good reason to explain it.

İYİ Party YSK representative Aylin Özgül Kırmızıoğlu said the YSK has certified that it has turned into an institution that makes political decisions and has become a political entity.

Turkey hopes to lure tourists from 70 countries for ‘corona-free’ summer...