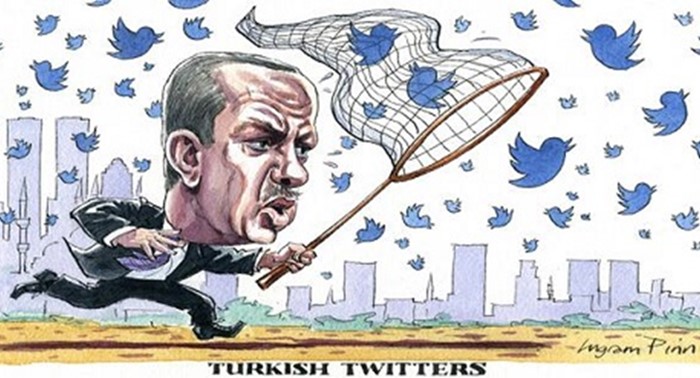 Turkey was the country that most frequently requested removal of content from Twitter in the second half of 2018, according to the company’s Transparency Report for the last six months of the year.

During this period Twitter inspected 9,155 accounts in response to 5,014 legal requests, including 597 court rulings, from the Turkish government. Seventy-two Twitter accounts were eventually closed and 355 tweets were deleted.

One hundred twenty-seven out of 597 court rulings were appealed by the individuals based on freedom of expression and the press, but only two of the appeals were approved.

Turkey’s requests were 44 percent higher in the first half of 2018 due to a military operation in northern Syria.

Dozens were subjected to prosecution on accusations of disseminating terrorist propaganda for criticizing the military operation.

Seventy-four percent of the total global volume of legal requests to remove content originated from only two countries, Russia and Turkey, Twitter said.

Meanwhile, Twitter did not respond any of the requests from Turkey seeking to obtain information about accounts or content.