The number of deposit holders with at least 1 million Turkish lira or more in their bank accounts increased by 12,777 in the first quarter of 2019 over the last quarter of 2018, to reach a total of 192,903, the Hürriyet Daily News reported.

Those 192,000 people collectively have 1.2 trillion lira (some $199 billion) in their bank accounts, up from 1.1 trillion lira they parked with the country’s lenders at the end of last year.

The “Turkish lira millionaires” have on average 6.25 million lira in deposit accounts, according to data released by the Banking Regulation and Supervision Agency (BDDK).

The data also showed that the number of resident “millionaires” was 161,800 at the end of last year with combined deposits worth of 1.02 trillion lira.

According to the BDDK figures, there were 19,903 foreign national account holders at the end of the first quarter, an increase of 1,577 from the end of last year. Foreign nationals had 93 billion lira in their accounts with local banks.

Foreign national deposit holders have 7.3 million lira on average in their accounts.

According to the BDDK, total assets of the sector rose by 22.6 percent on a yearly basis.

Amounting to some 2.52 trillion lira, loans — the biggest sub-category of assets – surged by 14.6 percent year-on-year.

On the liabilities side, deposits held at lenders in Turkey were 2.21 trillion lira in the three-month period, marking an annual hike of 24.2 percent.

Ten percent of Turkey’s US dollar millionaires, some 4,000 individuals, moved out of the country in 2018, according to the Global Wealth Migration Review 2019 recently published by AfrAsia Bank and New World Wealth. 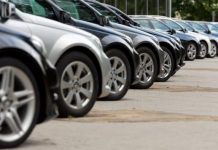