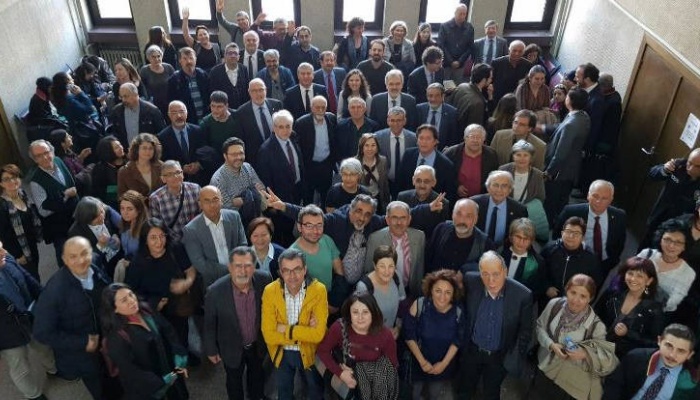 The Ankara 32nd High Criminal Court on Friday handed down lengthy jail sentences to 11 former executive board members of the Turkish Medical Association (TTB) on charges of supporting terrorism after a public announcement they released criticizing Turkey’s military offensive in Syria’s Afrin region in January 2018.

Arpat was also sentenced for her Twitter posts on charges of disseminating terrorist propaganda.

The executive board members were active in the association between 2016 and 2018.

The TTB on Jan. 24, 2018 issued a public statement titled “Savaş Bir Halk Sağlığı Sorunudur” (War is a problem of public health), calling for peace instead of war.

Turkey’s military operation in northeastern Syria targeted the Kurdish Peoples’ Protection Units (YPG) which is considered by Ankara to be an offshoot of the Kurdistan Workers’ Party (PKK) terrorist group.