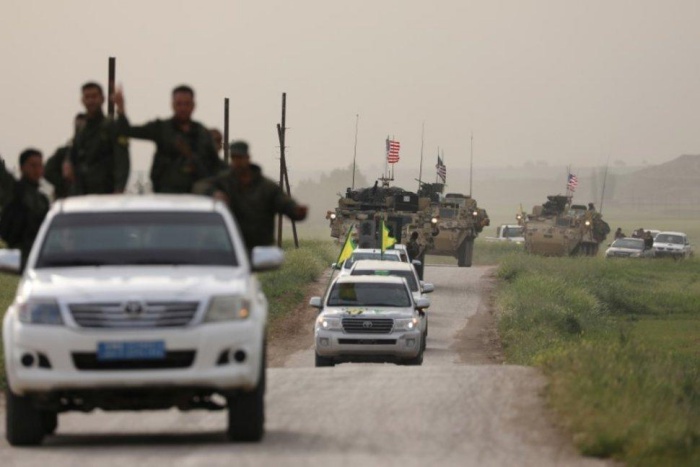 The US on Monday made a fresh delivery of construction material to the Syrian Kurdish militia, Turkey’s state-run Anadolu news agency reported, citing local sources.

Roughly 200 truckloads of building materials and construction equipment were delivered by the US to Syria’s eastern Deir ez-Zor province from Iraq, local sources, who asked not to be named for security reasons, told Anadolu.

According to these sources, the deliveries will be handed over to local administrations controlled by the Kurdish Peoples’ Protection Units (YPG).

The construction equipment, the same sources note, could be used by YPG militants to dig tunnels.

The group has recently been carrying out excavation work, from west to east, along Syria’s border with Turkey.

On April 15, Anadolu photographers captured video of the YPG excavating in the area.

Last September the YPG — supported by a US-led coalition — conducted joint operations against the Islamic State in Iraq and the Levant (ISIL) terrorist group’s last remaining stronghold in Deir ez-Zor.

In February of this year, ISIL was decisively expelled from the region.

Since then, the US has resumed its deliveries to the YPG, which have included a handful of Hummer SUVs.

Turkey considers YPG an offshoot of the Kurdistan Workers’ Party (PKK), which has waged an insurgency for decades against the Turkish army in the southeastern part of the country.