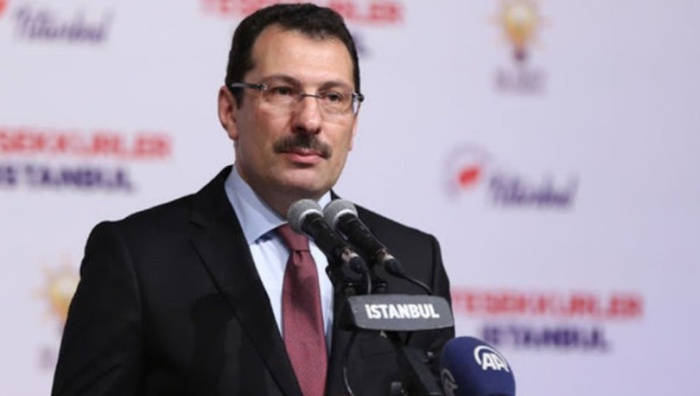 Ali İhsan Yavuz, the vice chairman of Turkey’s ruling Justice and Development Party (AKP), has claimed that people who have been removed from public jobs by way of government decrees should not be allowed to vote, the Sözcü newspaper reported on Wednesday.

Speaking at a press briefing about the ongoing controversy surrounding İstanbul since the local elections of March 31, Yavuz said he wants to “start a new debate.”

Yavuz invoked a law which in his view stipulates that people who are banned from public service do not have the right to vote.

“We haven’t asserted such a claim as of yet, but it is something to think about,” Yavuz said, adding that the country’s Supreme Election Board (YSK) should also consider it.

The YSK previously refused to certify as winners purge victims who were elected, despite not having prevented them from being nominated as candidates in the first place.

Bülent Tezcan, a deputy from the main opposition Republican People’s Party (CHP), criticized Yavuz’s comments, claiming that they would call into question the legitimacy of previous elections, such as the presidential election of June 2018 in which President Recep Tayyip Erdoğan was re-elected.

“What Yavuz’s remarks mean is this: The AKP says any election it hasn’t won is rigged. Anything they have won is in order,” Tezcan said.

Turkey purged some 150,000 civil servants in the aftermath of a failed coup attempt in 2016.

The purge victims were removed from their jobs by government decrees and, in most cases, without due process.

They are prohibited from employment in all types of public service except for mandatory military service.

Their status is registered on the national social security database, visible to any private sector company that would consider hiring them. They are also prevented from obtaining passports and travelling abroad.