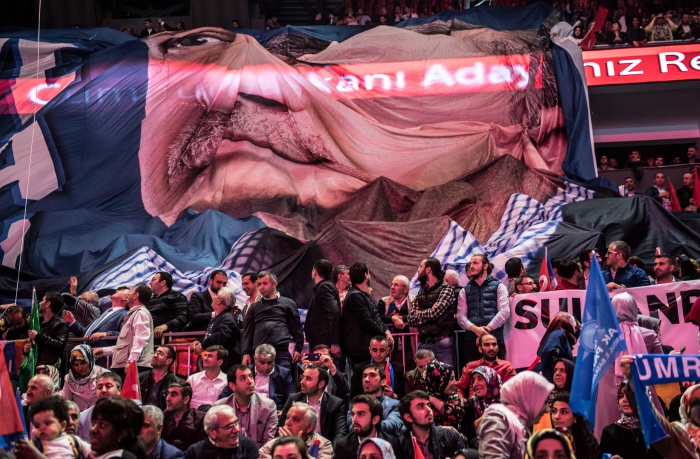 Only 44 percent of supporters of Turkey’s ruling party think that there were irregularities or fraud in İstanbul’s local elections, a recent survey found, the Diken news website reported on Tuesday.

Nearly 34 percent of voters for the ruling party’s İstanbul candidate, Binali Yıldırım, say they are undecided about the occurrence of irregularities, according to the Mediar polling company’s latest survey.

Overall, 21.80 percent of voters believe there were irregularities in the İstanbul election.

Since then, the Supreme Election Board (YSK) has been considering the AKP’s objections to the election results.

While the AKP wants a full recount of invalid votes in İstanbul’s 38 districts, the YSK on Monday evening rejected their application for a recount, adding that only 15 ballot boxes would be recounted based on proof of irregularities presented by the AKP.

On Tuesday an AKP official said they requested a new election in İstanbul because of an “organized scheme” that jeopardized the legitimacy of the elections.

According to the Mediar poll, 65.3 percent of the voters in İstanbul are not willing to vote again. Only 27 percent of supporters of the AKP candidate want a new election to be held in İstanbul.