If Turkey were removed from the F-35 jet supply chain amid a dispute with the United States over its planned purchase of a Russian missile system, it would impact the production rate for up to 75 of the fighters, a Pentagon official said on Thursday, Reuters reported.

The United States has halted delivery of equipment related to the stealth fighter aircraft to Turkey. It was the first concrete American step to block delivery of the jet to the NATO ally in light of the planned purchase of Russia’s S-400 missile defense system.

“The evaluation of Turkey stopping would be between 50 and 75-airplane impact over a two-year period,” the head of the F-35 program, Navy Vice Adm. Mathias Winter, told a US House of Representatives Armed Services Committee subcommittee.

Turkey produces between 6 percent and 7 percent of the parts for the F-35, Winter said.

Winter’s comment came as Washington explored whether it could remove Turkey from production of the F-35. Turkey makes parts of the fuselage, landing gear and cockpit displays. Sources familiar with the F-35’s intricate worldwide production process and US thinking on the issue last week said Turkey’s role can be replaced.

“We would see within 45 to 90 days an impact of the slowing down or stopping of those parts to the three production lines.”

The F-35 has production lines in Italy, Texas and Japan.

“Right now there has been no disruption” of the supply chain Winter said.

The program intends to deliver 131 jets this year, Winter said.

Meanwhile, Turkish military sources on Thursday told Reuters coordination between Ankara and Washington over delivery of F-35 fighter jets continues as well as training of Turkish pilots in the United States.

Turkey has not halted preparations at the Malatya airbase where the F-35 jets will be stationed, the sources said, adding that Turkey has fulfilled all of its obligations under program. 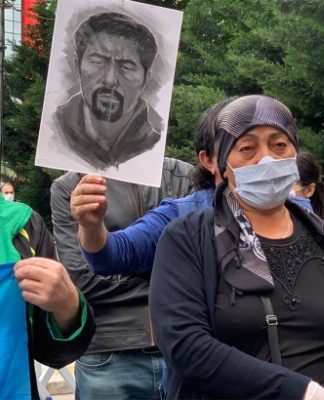