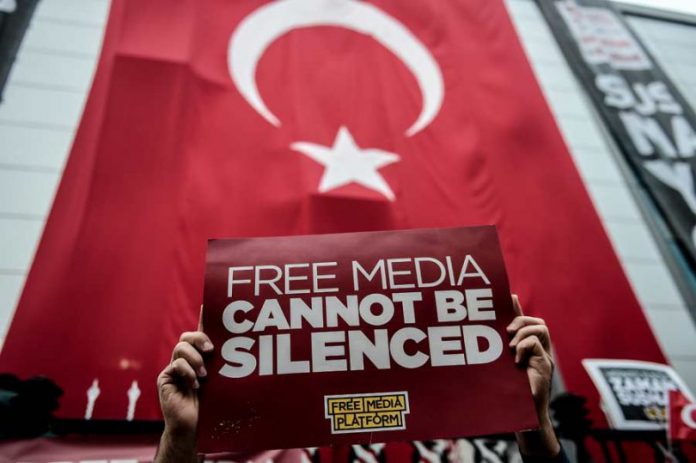 A report prepared by Republican People’s Party’s (CHP) former deputy Barış Yarkadaş reveals ongoing pressure on Turkey’s media, with the former deputy and journalist saying that journalists pay a heavy price for pursuing the truth and the real problems of the country.

According to the monthly report, in March seven journalists were detained while 54 stood trial. Yarkadaş said this figure alone proves how much pressure the media in Turkey is under ahead of elections on March 31.

In addition, five journalists were handed down a total of 14 years, 10 months in prison during the month of March.

The report also stated that one edition of an unnamed daily was removed from the newsstands and a journalist was subject to an investigation. Three jailed journalists were denied newspapers in prison and one journalist’s letter was censored.

Also in March, a detention warrant was issued for a journalist and footage shot by another was confiscated by the police.

According to a 2018 report by Reporters without Borders (RSF), Turkey is the largest jailer of professional journalists in the world.