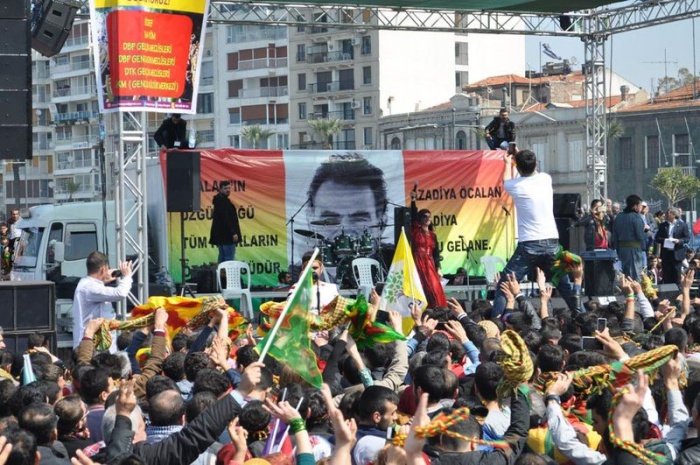 Three of the detainees were members of the Peoples’ Democratic Party (HDP), which organized the event for Newroz, a celebration of spring’s arrival on March 21.

The police found the suspects by examining video footage of the event.

The report also indicated that an investigation has been launched into HDP deputies Serpil Kemalbay, Feleknas Uca and Gülistan Kılıç Koçyiğit, for speeches they gave during the event. They are accused of using “Sayın” (a Turkish word showing respect) when mentioning Öcalan.