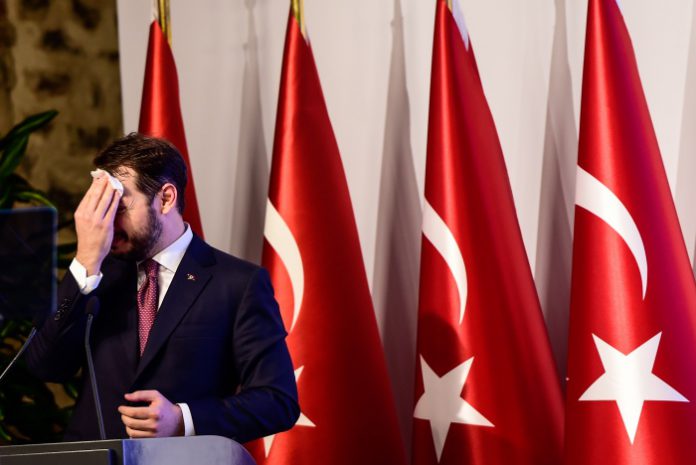 Mustafa Sönmez, one of these economists, claimed that the institute has overvalued the lira by 10 piasters (kuruş) against the dollar, in order to lessen the contraction seen in GDP.

“We expect this mistake to be rectified immediately, if it is a ‘mistake,’ of course,” Sönmez tweeted, claiming it has reduced GDP contraction by $16 billion.

“Otherwise it will be seen as son-in-law interference, causing a scandal that will disgrace you around the world,” Sönmez added, referring to Berat Albayrak, the finance and treasury minister and the son-in-law of Turkish President Recep Tayyip Erdoğan.

Sönmez went on to reveal speculation from within the institute that the instructions came from Albayrak himself.

“The interference is not limited to the exchange rate,” Sönmez said. “There exist great inconsistencies in the calculation of agriculture and services sector growth rates in previous quarters.”

“Every time TurkStat announces data, we first act like detectives and try to figure out their accuracy. That’s the real outrage!” Akçay said on Twitter.

According to TurkStat figures, Turkey’s economy shrank 3 percent in the last quarter of 2018.