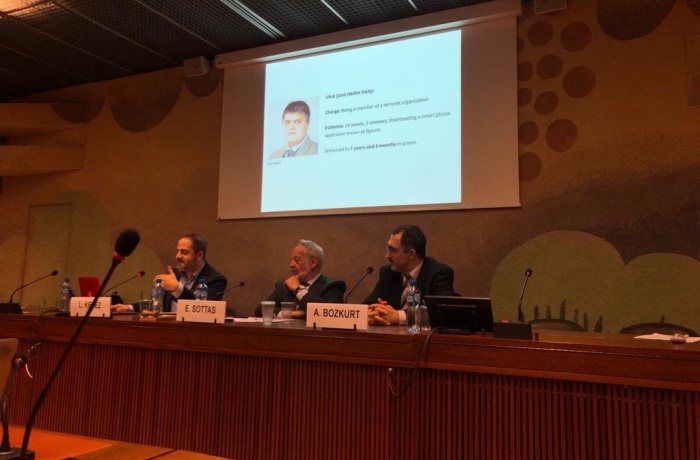 Turkey’s Ministry of Foreign Affairs claimed that two journalists in exile were dangerous terrorists in an attempt to prevent them from speaking at a United Nations Human Rights Council event in Geneva on Tuesday.

Abdullah Bozkurt and Levent Kenez, who were scheduled to join a discussion on Turkey at the 40th Regular Session of the UN Human Rights Council, which runs from Feb. 25 to March 22, tweeted about the efforts of Turkey’s diplomatic missions in Geneva and New York to remove them from the panel.

After failing to prevent the speeches by the two exiled journalists, Turkey’s pro-government media ran stories on Wednesday claiming that the United Nations had allowed “terrorist propaganda” despite Turkey’s efforts.

The Hürriyet daily, one of the oldest newspapers in the country that now acts as a government mouthpiece, described the two journalists as the “media representatives” of a terrorist organization, in reference to the faith-based Gülen movement. The movement is accused by the regime of plotting a coup attempt on July 15, 2016 and is officially labeled a terrorist organization by the Turkish government.

Kenez and Bozkurt worked for the Zaman media group, which was seized by the government in March 2016.

Particularly since July 2016, Turkey has increased the pressure on the media, jailing critical journalists on a large scale and shutting down nearly 200 media outlets across the country. Turkey remains the largest jailer of professional journalists according to media freedom advocacy organization reports.