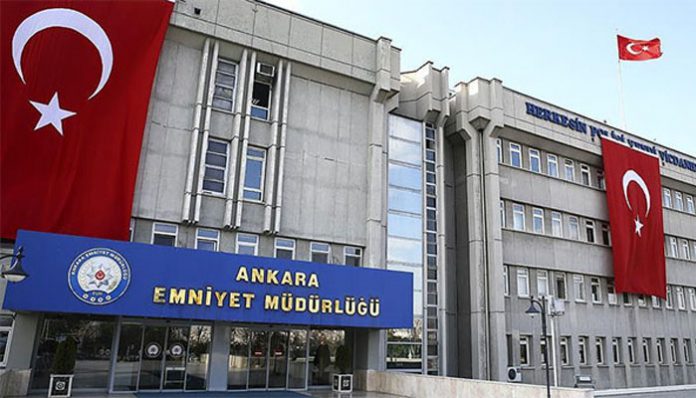 The Ankara Police Department has released a statement regarding the apparent harassment of a student during a protest in the Turkish capital on Saturday in which it accused the student’s father of being a follower of the Gülen movement.

The Gülen movement is labeled a terrorist organization by the Turkish government, which holds the movement responsible for a failed coup attempt in July 2016. The movement strongly denies any involvement in the abortive putsch.

Speaking to the Artı Gerçek news website on Monday, the student, Merve Demirel, said she was sexually harassed by a police officer during a protest demanding the release of lawyers under arrest in Turkey. The moments of alleged assault were captured on camera.

In its statement posted on its website, the Ankara Police Department said Demirel’s father was a teacher who was removed from his post in 2016 due to his ties to the Gülen movement. He was fired because he was a member of a Gülen-linked labor union, according to the statement.

The Turkish government launched a massive crackdown on alleged or real members of the movement following the coup attempt under the pretext of an anti-coup fight as a result of which more than 150,000 people were removed from state jobs.

The directorate claimed that a certain part of the video footage showing the woman’s detention was cut and manipulated to provoke the public against the police, tarnish the image of law enforcement officers and weaken their motivation.

It said the incident took place as Demirel was resisting the policeman who was trying to detain her.

The police department also posted video footage of the moments from the police camera showing the detention of several protesters on Saturday including Demirel. In the video, the protestors are forced into a police van, but it is not possible to see the moment of Demirel’s alleged assault.

In the meantime Acun Karadağ , an activist and a teacher who was also removed from her post by the government, criticized the police for failing to take the necessary steps in the wake of the woman’s allegations.

Writing from her Twitter account, Karadağ said instead of removing the police officer who harassed the student from his post and saying, ‘Nobody can harass a citizen of this country,’ the Ankara police accused the student’s father of being a Gülen movement follower.

“Bravo, you added insult to injury,” she tweeted.