Soccer team from Kurdish region attacked at match in Antalya 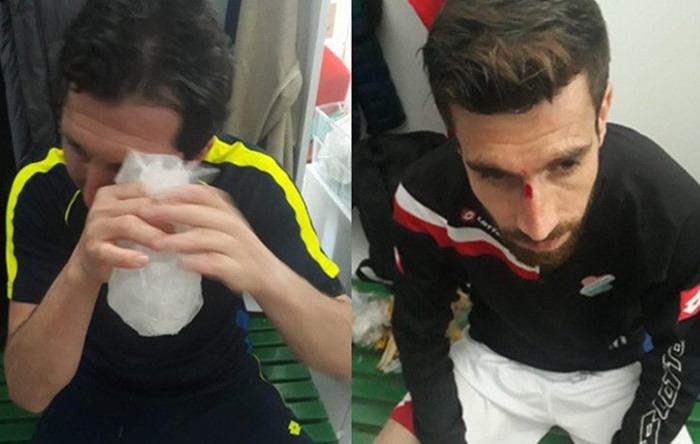 The Cizrespor soccer team was subject to a seemingly racist attack during a match in the western province of Antalya on Sunday.

Cizrespor president Maruf Sefinç told reporters that two of their players and a trainer were hospitalized after the attack.

The president of the club said that once the game started, instead of a pop song by Tarkan as is usually played at matches, a nationalist song titled “I would die for you, my Turkey” was played in the stadium.

He also added that after Cizrespor scored, the scoreboard was covered with  a Turkish flag.

“As soon as the game ended, two players from Serik Belediyespor, Sinan Kalaycı and Alican Tez, punched our players,” he said. He added that local fans threw objects on the field while police stood by and watched.

Serik Belediyespor, however, made a statement on Instagram claiming that the incidents broke out because some players from Cizrespor attacked the referee and used profanities, addressing the fans.