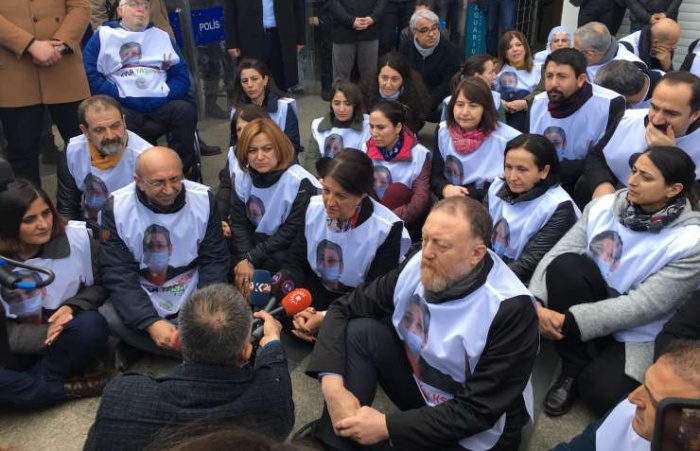 Güven has been on a hunger strike demanding the removal of a prohibition on outside visits to Abdullah Öcalan, leader of the outlawed Kurdistan Workers’ Party (PKK).

On Sunday Turkey’s Interior Minister Süleyman Soylu slammed HDP deputies, stating that he would never allow such a march in İstanbul.

A police officer told the HDP deputies that holding a demonstration in Taksim Square has clearly been prohibited since Aug. 18 and said, “I can’t justify if I let you protest here.”

The HDP group held a brief a sit-in and later read a statement stressing that Öcalan, as an inmate, has a right to meet with his family and lawyers.

Two other attempts to march near Taksim were also prevented by the police.