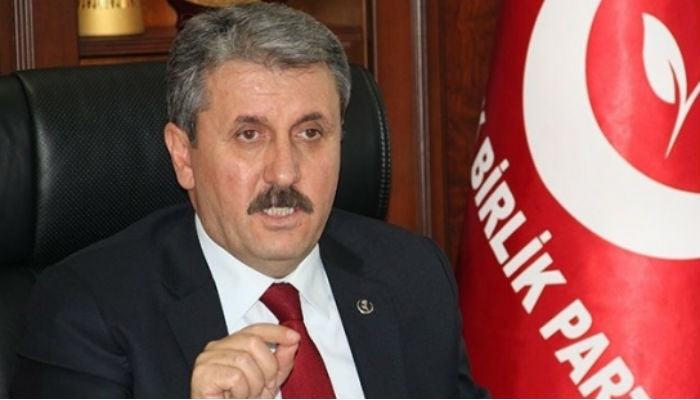 Leader of the right-wing Grand Unity Party (BBP) Mustafa Destici has called for the deportation of around 100,000 Armenian workers who he said are working illegally in Turkey.

Destici made the suggestion in protest of a recent decision by France to designate April 24 as a day to commemorate the “Armenian genocide.”

“There are 100,000 Armenians in our country who came illegally from Armenia and make a living here. I say they should be deported,” Destici said during a speech in the central Turkish province of Eskişehir on Thursday.

On Tuesday French President Emmanuel Macron announced that France would make April 24 a “national day of commemoration of the Armenian genocide.”

France, which is home to an estimated 500,000 ethnic Armenians, officially recognized the World War I-era mass slaughter and deportation of up to 1.5 million Armenians as genocide in 2001. At least 22 other countries, including Germany, have taken a similar step. Turkey categorically rejects that the killing of the Armenians was tantamount to genocide.

Destici said although Armenians are carrying out lobbying activities against Turkey, Turkey continues to feed them.

He said Turkey’s main opposition Republican People’s Party (CHP) always talks and complains about the Syrian refugees who fled the civil war in their country and took refuge in Turkey but that it never talks about the Armenians who live illegally in the country.

The BBP leader also said France should take a look at its own history to see the “genocides” it committed in some African countries such as Ivory Coast, Niger, Morocco, Tunisia and Algeria in reference to the country’s colonial past.