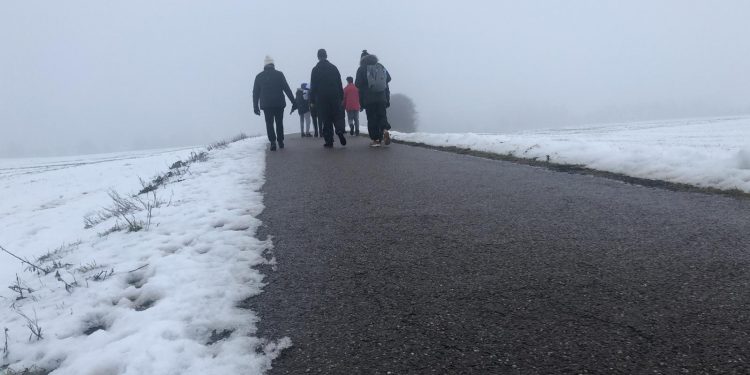 A multinational group of 17 young people living in Europe on Saturday started a march from Belgium to Germany to raise awareness of victims of a massive purge in Turkey targeting supporters of the faith-based Gülen movement.

The group, which started their 50-kilometer march from the Belgian town of  Clairefontaine, have so far walked to Luxembourg in cold weather in an effort to bring attention to people who had to flee Turkey on foot after being purged from the civil service and their passports revoked by the government.

The regime in Turkey holds the Gülen movement responsible for a failed coup on July 15, 2016 and is persecuting real and alleged followers of the movement.

The 17 marchers are for the most part are college students from the UK, according to news website TR724, which published photos of their march. The group has been able to raise more than 11,000 euros for Turkish purge victims who fled to Greece and will travel to Greece to deliver the donations on Feb. 17.

The march will end in the German town Perl.