The decision came in a statement from the bank’s Monetary Policy Committee (PPK), after the first of eight meetings scheduled for the year.

In 2018, the bank held nine PPK meetings as interest rates were increased from 8 percent to 24 percent over the course of the year.

“Recently released data show that the rebalancing trend in the economy has become more noticeable,” the bank said in a statement.

“External demand maintains its strength while the slowdown in economic activity continues, partly due to tight financial conditions.”

“The current account balance is expected to maintain its improving trend,” it added.

Last week, the bank announced that as of November 2018 Turkey’s current account balance had posted a surplus for four consecutive months.

The country’s current account surplus amounted to $987 million in the month, versus a deficit of $4.48 billion in November 2017.

“While developments in import prices and domestic demand conditions have led to some improvement in the inflation outlook, risks on price stability continue to prevail.

“Accordingly, the Committee has decided to maintain the tight monetary policy stance until the inflation outlook displays significant improvement,” the statement said.

Turkey’s annual inflation fell to 20.30 percent in December, down for the second month in a row.

Compared to its peak last October at 25.24 percent, in April 2014 annual inflation saw its lowest level in five years.

The bank added that it would continue to use all available instruments in pursuit of price stability and that further monetary tightening would take place as the need arises. 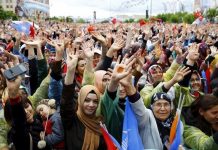 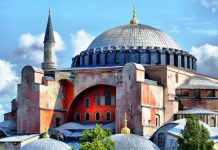