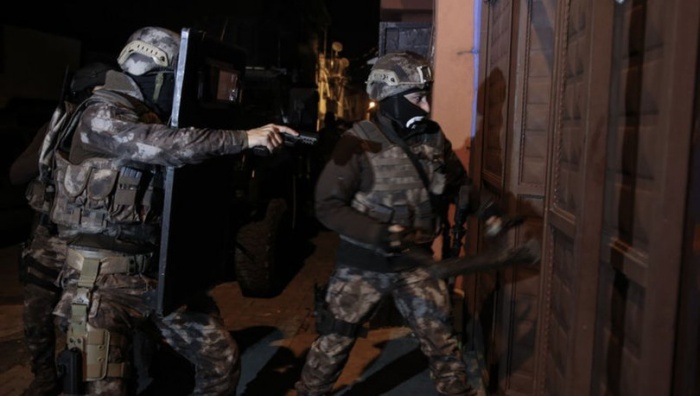 Turkey has detained 13 alleged members of Hayat Tahrir al Sham (HTS), marking the first time such an operation has been launched against members of the al-Qaeda-linked group in the country, the Diken news website reported on Sunday.

Upon detention warrants issued by a chief public prosecutor in the southern province of Adana, Turkish police simultaneously raided 18 locations across the country, detaining 13 suspects who were allegedly involved in recruiting militants for the group as well as providing them financial and logistical assistance such as food, clothing and ammunition.

The group reportedly operated under the direction of Hasan Süslü, the head of the Fukara-Der charity organization, who was also among the detainees.

Reuters had reported on Tuesday that HTS had gained ground against Turkish-backed rebels in northwest Syria, edging closer to the frontline with government forces and raising questions about the fate of a demilitarization deal concluded between Turkey and Russia back in September that aimed to stave off a Syrian army offensive in the Idlib region.

Idlib lies in Syria’s northwest corner, the last opposition stronghold, where Turkish forces are stationed. It borders territory that Turkey-backed rebels control near the Turkish frontier.