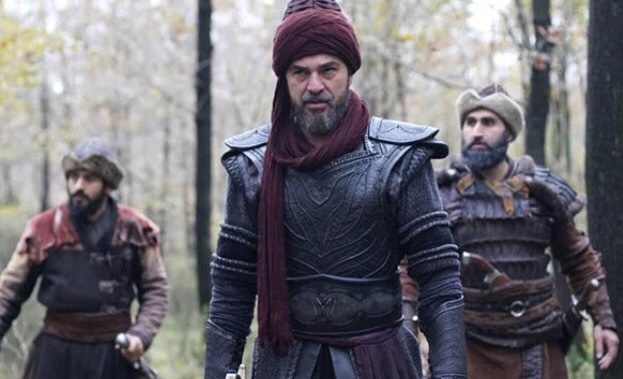 A member of the production crew of “Diriliş Ertuğrul,” a popular TV soap opera in Turkey and overseas, said that parts of President Recep Tayyip Erdoğan’s speeches are often added to the script and that the show receives presidential approval before it goes on the air.

The crew member, who wanted to remain anonymous, spoke to the Sol Haber news site, saying that he often witnessed revisions to the script after Erdoğan’s addresses. His remarks are repeated by the main character, Ertuğrul. More importantly, the episodes, aired on state-sponsored TV channel TRT, are subject to Erdoğan’s approval.

In March 2017, while speaking at a “National Culture” conference, President Erdoğan revealed that his grandson had been enthusiastically watching “Diriliş Ertuğrul.” In November of the same year the cast of the show traveled to Qatar with Erdoğan on the presidential plane.

“Diriliş Ertuğrul,” a reinvention of the Ottoman Empire’s founding era, started in 2014 on public broadcaster TRT 1 and immediately became a phenomenon among ruling Justice and Development Party (AKP) supporters. The soap opera was soon exported to Arab and Latin American countries, along with other Turkish TV shows that have become popular in a number of countries.

Even Netflix has added “Diriliş Ertuğrul” to its streaming platform.